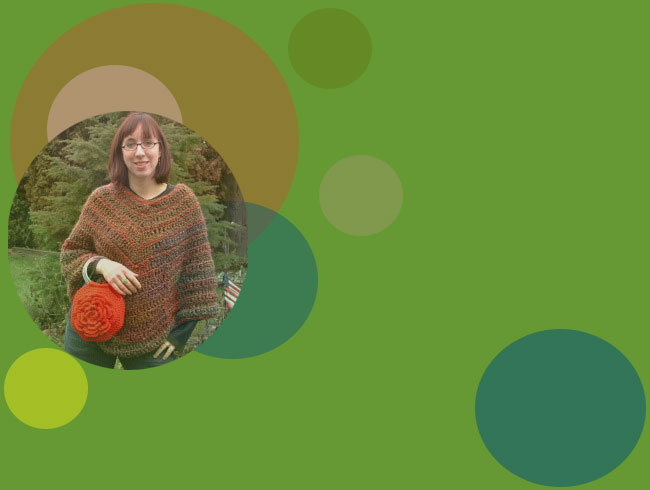 Julie Armstrong Holetz lives and plays on the Eastside of Seattle with her husband Steve and two children, Rude Boy and Rude Girl. Julie is a pattern designer, technical editor, writer, and teacher of many fiber arts. Julie's first book, Crochet Away!, was part of a series of craft books for young readers released by Penguin Books in 2006. Her next book , Uncommon Crochet,will be published by Ten Speed Press in April 2008. Her crochet designs have been published in Stitch N Bitch Crochet: The Happy Hooker, Get Hooked, and Get Hooked Again; as well as in Crochet Me Magazine.

Julie was also a featured guest on multiple episodes of the DIY Network's Uncommon Threads where she had the chance to demonstrate her interest in crochet with unusual materials.

When the children allow some free time, Julie is a freelance technical editor working for prominent craft book publishers and magazines like Interweave Crochet and Interweave Press.